This event has an impressive history of providing an exceptional conference experience for the coke, coal, and steel industries for over 20 years. The summit has hosted attendees from around the world and built a reputation as the place to meet with every sector of the industry. With expert speakers addressing challenges facing the industry, and covering key topics such as global supply and demand factors, transportation, cost management, regulatory policies, producer strategies, technological innovations, and a look at the future, this conference fosters an environment for innovation and new professional connections. Don't miss this opportunity to network, educate, and discuss key global economic initiatives for increased success and profitability.

Session III: Can Coke be Clean? Decarbonization and the Push Toward Green 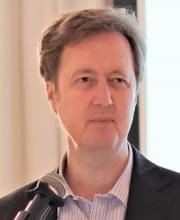 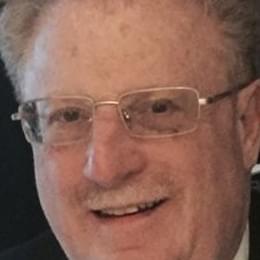 Ibrahim joined CRU Consulting in November 2017, following three years of market research experience in the primary metal and value-added metal sectors with IBISWorld Inc.
Prior to CRU, Ibrahim worked for three years at industry research firm IBISWorld, where his work spanned multiple sectors across the US and Canadian economies, but with a particular focus on primary metal production, value-added metal product manufacturing and consumer packaged goods. His experience covers project and personnel management, market research and publishing market insights for various media organizations and trade associations. Prior to his time at IBISWorld, Ibrahim studied Economics and International Relations at Colgate University and served as a structural firefighter with the Village of Hamilton for four years. Ibrahim holds a BA in Economics and International Relations from Colgate University; he is fluent in Turkish and conversant in Arabic. Ibrahim is based in CRU's Pittsburgh office.

Dr. Stevenson’s primary expertise includes supply-demand and price dynamics of global thermal and metallurgical coal, iron ore, steel and ferrous scrap. He also has extensive experience in trading of coal, natural gas, and power, as well as being experienced in M&A and business development, both at McCloskey and also having been a part of a number of asset and offtake deals in the coal supply space.

Prior to joining IHS Markit, Dr. Stevenson spent six years in commodity trading, most recently as Vice President, Coal Analysis at Mercuria Energy Trading, and before that as Coal Strategist at Louis Dreyfus Highbridge Energy. He also worked in the energy trading team at Eraring Energy in the Australian utility industry, working primarily in risk management as well as strategy around coal procurement, power sales, and carbon strategy.

Dr. Stevenson holds undergraduate and master’s degrees from the University of Sydney in Australia, and a PhD from Yale University.

Kevin Jensen has been in working on supporting cogeneration and other markets for Solar Turbines for nearly 20 years. He has spent time in various roles and teams from gas turbine engineering and supply chain to marketing and project support. Currently, he has supported Midwest cogeneration and alternative fuel markets for Solar’s industrial power generation division. In his current role, Kevin has been supporting customers and engineering firms in sizing, selecting, and analyzing the benefits of gas turbines as well as generating proposals for customers. Kevin is a current board member for the Midwest Cogen Association and a proud Midwest native. He received a BS Mechanical Engineering degree from Purdue University and an MBA from University of San Diego.

Luke Fritz joined Wood Mackenzie in January of 2020. He is responsible for delivering comprehensive research coverage of the Atlantic basin’s metallurgical coal sector including supply, demand, pricing and costs. He also contributes to the thermal coal sector on the supply side, detailing production and costs in Appalachia.

Prior to joining Luke was a geologist at CNX Resources, an E&P company in Northern Appalachia, and an adjunct professor of geology at Slippery Rock University.

Dr. Joseph J. Poveromo (Ph.D., M.S. Center for Process Metallurgy, State U. of New York/Buffalo; BS Chem. Eng. Rensselaer Poly). From 1974 he was at Bethlehem Steel’s Homer Research Laboratories. In 1993 he established his consultancy, Raw Materials & Ironmaking Global Consulting. Through 2008 his principal client was the Quebec Cartier Mining Company, serving as Director Technology-International. Currently, he consults for steel, iron ore, other natural resource, technology provider, financial and consultancy companies on a global basis. Dr. Poveromo is a Distinguished Member of AIST (Assoc. of Iron & Steel Technology); his awards include the T. L. Joseph Award for long-standing contributions to ironmaking technology. He is also a Special Member of the IIMA(International Iron Metallics Association).

Over 25 years industry experience, with senior sales and marketing positions at companies that include Alpha Coal Sales, Robindale Export, and Ramaco Coal Sales, with wide experience in both the export and North American coking coal markets, as well as extensive experience with all aspects of the steel making raw materials logistics systems in North America.

At Trafigura, I am responsible for the origination of all coking coal, met coke and coke products, as well as iron ore as Trafigura looks to expand its global steelmaking raw materials franchise in North America.

https://www.csx.com/
CSX Corporation, together with its subsidiaries based in Jacksonville, Fla., is one of the nation's leading transportation suppliers. The company’s rail and intermodal businesses provide rail-based transportation services including traditional rail service and the transport of intermodal containers and trailers.

CSX serves major markets in the eastern United States and has access to over 70 ocean, river and lake port terminals along the Atlantic and Gulf Coasts, the Mississippi River, the Great Lakes and the St. Lawrence Seaway. The company also has access to Pacific ports through alliances with western railroads.

CSX directly serves more than 100 active coal load-outs in 9 states. We also interchange with multiple Class I and short line railroad partners to access additional coal loading facilities from all coal basins. We have a proven track record of providing our customers with safe and efficient supply chains for moving domestic and export coal.

CSX interchanges with Western railroads and short lines, and provides access to multiple Eastern seaports. The CSX network runs through the heart of the Appalachian coal fields, and we have direct access to producers of all coal qualities.

Overall, the CSX Transportation network encompasses about 20,000 route miles of track in 23 states, the District of Columbia and the Canadian provinces of Ontario and Quebec. Our transportation network serves some of the largest population centers in the nation. Nearly two-thirds of Americans live within CSX’s service territory.

View all 9 board members 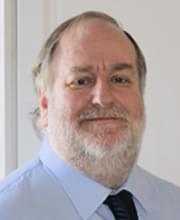 Dr. Bristow has been actively involved in the steel and steelmaking raw materials industries for over 22 years. During this time, he has led numerous investigations in coal and iron ore technical and market research, minerals strategy development, and market planning for BHP’s coal business, and was Chief Analyst for BHP Billiton’s Carbon Steel Materials Group, leading the Market Intelligence Group in Singapore.

His key expertise in steel, metallurgical coal, iron ore, and manganese ore and ferroalloys, coupled with strategic vision and long term analysis on future directions in emerging markets, saw him as an early proponent of the rebirth of the global steel industry, the rise of China and of coal’s growth story, together with a strong belief in China’s emergence as a major seaborne metallurgical coal importer. He has been a strong advocate for India’s growing coal demand.

In April 2009, he formed H&W Worldwide Consulting, putting his strong market analysis and strategy skills to good use across bulk commodities, including iron ore and coal –for both coking and thermal.

As an internationally recognized expert in areas of steel and steelmaking raw materials, long term trends and scenarios, he has written and presented numerous publications at highly respected international conferences and meetings.

Mr. Harman has responsibility for all metallurgical coke purchasing for Cleveland-Cliffs. Prior to this he was responsible for the purchase of coke and coal for the former ArcelorMittal USA operations and prior to that for all electricity, natural gas, industrial gases, and liquid fuels procurement for ArcelorMittal USA. He previously held positions of project management, operations management, technical sales, and sales management within the industrial gas industry, and he served as a nuclear submarine officer in the U. S. Navy. Mr. Harman holds a bachelor’s degree in Mechanical Engineering from the U. S. Naval Academy and a master’s degree in Mechanical Engineering from The Catholic University of America.

Dr. John F. Quanci is SunCoke Energy’s Vice President of Engineering and Technology, and Chief Technology Officer. In his present position, Dr. Quanci is helping build critical competencies and improving/advancing SunCoke’s existing technology as well as leading the development of next generation coking technology for both US and international applications in the pursuit of global growth opportunities.
Dr. Quanci has over 25 years in US and overseas experience in process research, development, plant optimization and in plant manufacturing experience, and has managed a breadth of organizations internal and external to Petroleum industry such as Mobil Research, Mobil Oil, BP/Mobil, Exxon/Mobil, Sunoco, Rodel and Rohm and Haas Electronic Materials (now Dow Electronic Materials). Prior to SunCoke, his most recent position was Director, Corporate Technology within Sunoco’s Corporate Engineering & Technology organization in which he leads their initiatives to consolidate and leverage process technology/expertise across all of their business units.
Dr. Quanci earned a Ph.D. and Masters in Chemical Engineering from Princeton University and a Bachelor of Chemical Engineering degree from the Cooper Union for the Advancement of Art and Science in New York City. Dr. Quanci is also a registered Professional Engineer and has over forty US and international patents and patent applications.

Dr Hardarshan Valia retired as a Staff Scientist at Inland Steel Research Laboratories (now Arcelor Mittal), and is currently the President of Coal Science, Inc. He has published more than 85 scientific articles and various book chapters including in “Making, Shaping, and Treating of Steel,” and in “New Trends in Coal Conversion,” and co-authored a book entitled “Indiana Coals and the Steel Industry,” and is a contributor to American Iron and Steel Institute’s web site. He has been honored with the Joseph Becker Award (Iron & Steel Society), the Joseph Kapitan Award (Association for Iron & Steel Technology), and the American Iron & Steel Institute Presidential Medal. He received his Ph.D. in Geology from Boston University.